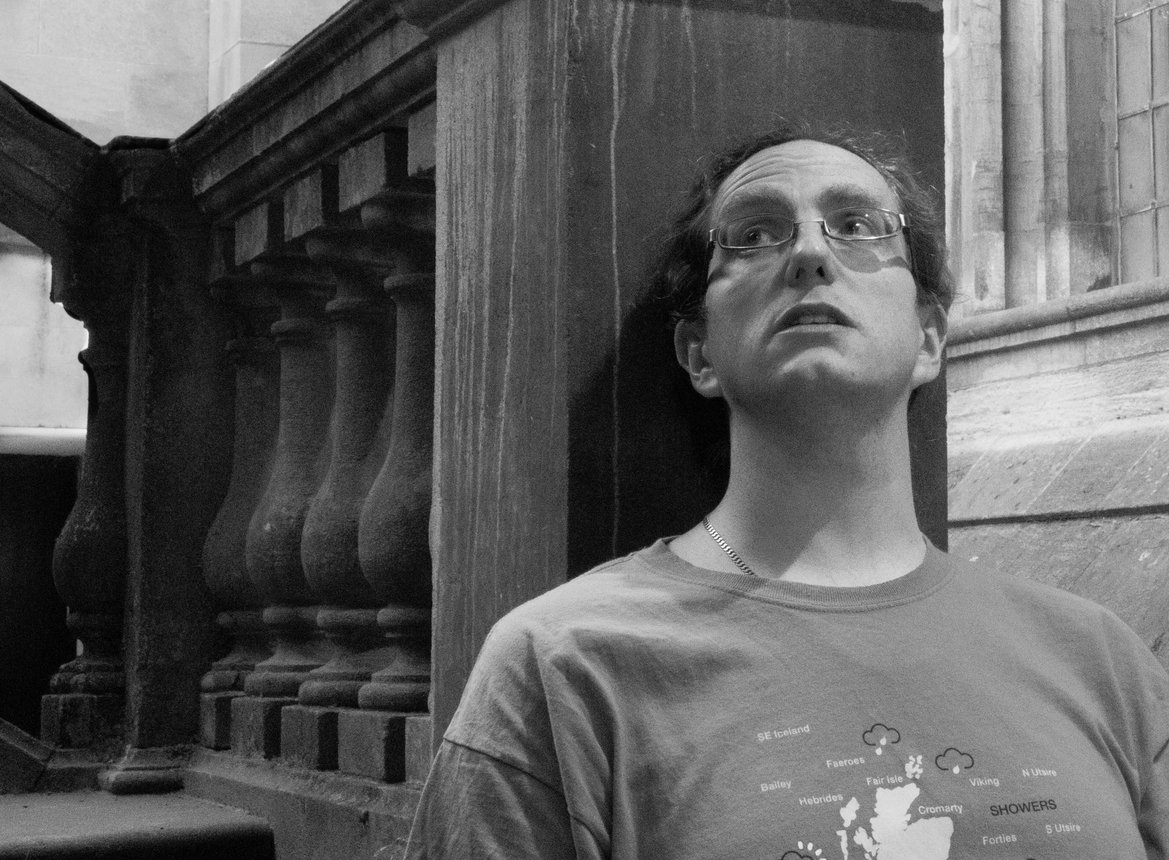 Our friend J-P Stacey died last week, suddenly and unexpectedly. He was in Spain, visiting his parents, with his wife Kate.

J-P worked at Torchbox for nearly nine years. I first met him at the end of 2004 for a strange semi-interview in a pub on Botley Road. Self-effacing even while applying for a job, he made light of his doctorate from Oxford - something about particle physics which I pretended to understand. He was keener to talk about XSLT, an unloved technology whose declarative style and mind-bending recursions delighted him. Despite J-P's poor self-promotion, it was immediately obvious that we should hire him, and he joined Torchbox in January 2005.

As a programmer, J-P always wanted to do everything right. Short cuts and quick fixes upset him. He did the best job he could for every client, not just those whose aims he campaigned for outside work. Sometime around 2007 we decided to abandon RationalMedia, the tool we'd been building for many years and to which he had made significant contributions. In its place we chose Drupal, an open source project written in a different language. We asked J-P to lead this project and he responded enthusiastically. Within a few years we had one of the UK's biggest Drupal teams, managed by J-P, working on complex, large scale projects for organisations like Oxford University and Greenpeace. This simply wouldn't have happened without him. J-P's involvement with the Drupal community continued to develop after he left Torchbox; there must be thousands of people who were aware of his benign presence online and in person, at conferences and camps.

In 2006, many of us at Torchbox were swept up by environmental fervour. We went to George Monbiot's talks and swapped books about carbon rationing. We built a sophisticated online carbon monitoring tool and tried, unsuccessfully, to persuade government and industry to invest in it. We started a local Carbon Reduction Action Group and we invested in a wonderful film about climate change. Somehow in the late noughties all that excitement dwindled into a vague fatalism about the impossibility of change, and most of us returned guiltily to our flights and high thermostats. But not J-P, who continued to cycle to work through the dark winters, and refused to fly, and campaigned - with Kate - for the Green Party. If he felt disappointed in our fickleness, he never showed it. He just carried on doing what he thought was right.

Most of the tech community in Oxford knew J-P. He ran Oxford Geek Nights, our regular meetup, for many years, encouraging nervous first-time speakers, compèring illustrious key-noters, gently admonishing chatterers at the back. I remember feeling surprised and envious the first time I saw him on stage, commanding the audience with his unusual mix of humility and wit. Geek Nights turned into one of the most popular meetups in the country, spawning many similar events. We continued with Geek Nights after J-P and Kate left Oxford for Sheffield, but it never felt the same. We're planning another, in J-P's honour, for January 2018.

J-P was a friend to many of us. He loved our biennial ski trips - although he quickly picked up the skills, he preferred to help the beginners in the group than race off with the other experienced skiers - and he continued to organise trips with other Torchbox alumni. He would nervously marshal groups of excitable, rucksack-laden geeks across Paris in the race to catch the train down to the Alps. When my sister moved from Seattle to Oxford, without any furniture, he immediately offered a futon and helped me transport it.

We're all struggling to take in the news of J-P's death. We send our love to his beloved Kate. Thank you for everything, J-P.