Working with Google to tweak their algorithm

We asked Google to ‘refine’ their August 2021 page title update

Recently Google made an update to the algorithm used to determine the titles that appear in their search results, which had a significant impact on our longstanding client, the NHS. So, I pushed Google to roll back their algorithm change to ensure users searching for important NHS content got what they needed, not what the algorithm thought they needed.

A “title tag” is the clickable blue link that appears in Google when a user carries out a search. Here’s one for our client, Samaritans:

The title tag tells users what to expect when they click on the link and is also a critical part of Google’s algorithm. By including specific keywords in your title tag, you’re sending a strong signal to Google about the content users will find on the page – and what searches you'd like the page to rank for.

For many organisations, this is not really about “SEO”, it’s about making sure that users get the information they need quickly. And in the case of the NHS, how Google displays www.nhs.uk content in their results could mean the difference between someone getting urgent help, or not.

Historically, page titles have occasionally been rewritten by Google, for example, to shorten them so they don't cut off if they're too long. However, in August 2021, Google revised its system of generating titles, and overnight, the SEO community noticed that Google was starting to replace title tag information provided with alternative text, pulled from the content on a page. The official justification for this change ran as follows:

Reason for update from Google

You can read more about Google’s update to generating page titles, which outlines that even though they’ve gone beyond HTML text to create titles for over a decade, their new system is making even more use of such text. In particular, the system focuses on making use of text that humans can visually see when they arrive at a web page (H1s, header tags, and content that’s large).

For the last three years I’ve led on our SEO work with the team behind www.nhs.uk, so I took particular note of this update. Staff at the NHS began to get in touch to report some concerning results they were seeing in the search engine results pages (SERPs).

Google’s changes meant that for specific health-related queries, users were being shown different (read: wrong) page titles. The most prominent example was for the NHS Flu conditions page. This page’s content is (understandably) about flu, and the instructive title tag, as indicated in metadata, should have been (and was) “Flu - NHS”. However, the new search result was now showing the title “Flu Vaccinations - NHS”, despite the search query containing no "vaccination" terms.

This change was replicated across other conditions pages—Polio’s title tag became “Polio Vaccinations” and the Mumps condition page changed to “Overview - Mumps”.

We spotted this for our other clients, too. Here is an example of where Google ‘rewrote’ the page title for the Insulin page on Diabetes UK from “Insulin | Diabetes Treatments” to “Insulin injections”—which is only a small part of the information on the page.

Another example of a misleading page title as a result of the update was tweeted about HMRC, where their page title was changed to include ‘Tax Avoidance’! 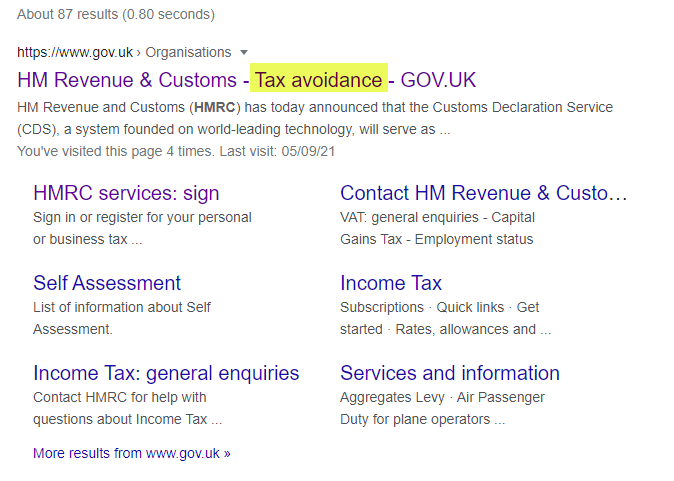 Google started to respond to the barrage of feedback from the SEO world, as examples of why this change needed further review poured in. I joined the discussion initially by directly tweeting Google about the issue. 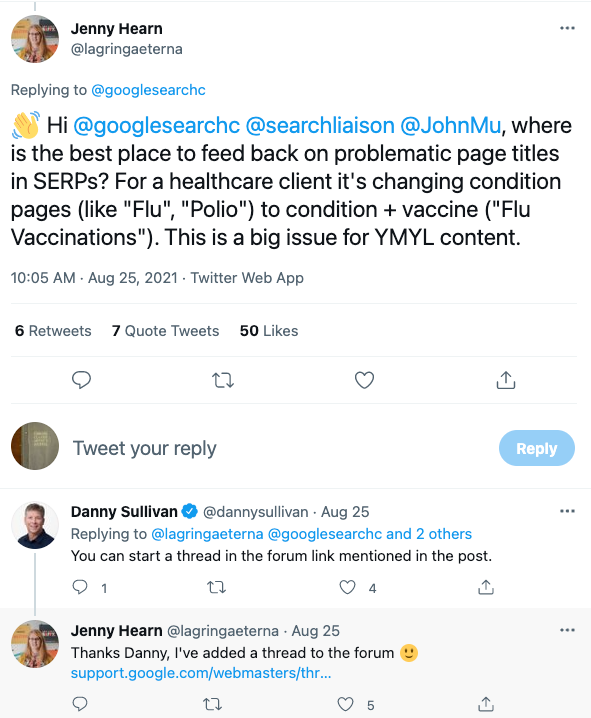 I referenced “YMYL content” in my tweet. This stands for “Your Money or Your Life”, and it’s Google’s own definition of content that, if presented inaccurately in SERPs, may well impact the health, financial stability, welfare or safety of the searcher. Google’s Danny Sullivan advised me to create a forum post, and not to make any changes yet, as Google listened to the conversation. On the 26th August John Mueller from Google created an official forum post inviting feedback. I posted again:

With NHS (YMYL) medical information – it's dangerous to change users' expectations of the page. For some emergency healthcare topics, a click or no click could be the difference between getting urgent help, or not. Google should revert this decision for YMYL sites until they have tested changes thoroughly on other sites.

My final feedback - pulling no punches!

Google listened. On the 17th of September, Google published new guidance about page titles and announced a partial rollback of these changes in response to the issues we had raised. The NHS results reverted back to those that we had intended the user to see.

Here’s how staff at the NHS responded, when we presented this story to over 125 content designers, website managers and developers internally: 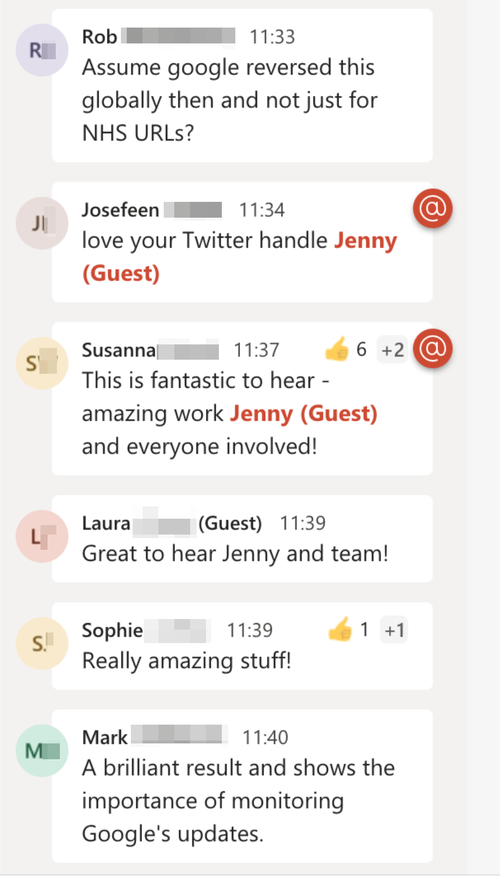 This is a good news story for the NHS, but it’s also good news for the world of SEO. It shows that Google will listen when you speak, and it shows that they take this kind of issue seriously. But this is a cautionary tale: it illustrates how important it is to monitor, optimise and iterate your content to stay relevant as Google’s algorithm becomes more and more sophisticated, and it’s a warning that nonprofits ignore SEO at their peril.

It also demonstrates that SEO isn’t a black box of magic that can’t be influenced. It needs human input to work, because it’s fundamentally for humans.

If you’ve forgotten SEO, or if you’ve ignored it because it’s low on the list of priorities, maybe now’s the time to look again. We’re here to help!

The intersection between SEO and accessibility