Money raised during Ramadan is vital for organisations like Islamic Relief UK—an international humanitarian aid and development charity—to ensure they can support people in need around the world.

This year, Torchbox were asked by Islamic Relief UK to run and plan a cross-channel digital marketing campaign during Ramadan, with the primary objective of delivering donations from users during this period. Our remit included paid search ads, Google Ad Grants management, Display (banner) advertising and YouTube activity. We were also asked to manage search engine optimisation (SEO) for the website.

Our activity delivered millions of pounds in donations. Islamic Relief UK saw a 67% year-on-year rise in revenue from PPC and a 39% increase in donations from SEO.

But don't just take our word for it! This campaign has also received award recognition including Best Use of Search - Third Sector, at the 2020 UK Search Awards, as well as winning 'best in show' at The Drum Digital Advertising Awards.

Here’s how we did it.

Our planning started several months ahead of Ramadan, which this year began on 23rd April. We began with SEO because unlike paid-for campaigns, results for SEO are not usually instantaneous. We began by identifying a set of core target terms (keywords) to rank for. These target keywords were a mixture of both donation-orientated, and non-donation oriented terms.

Next, we audited the website from a technical and a content standpoint, providing recommendations around content optimisation, metadata enhancements and adjustments to the information architecture (IA) of the site. Our aims were to increase visibility for the core Ramadan pages, but to also improve the relevancy of other related pages; we did this by creating optimised content hubs across the site. 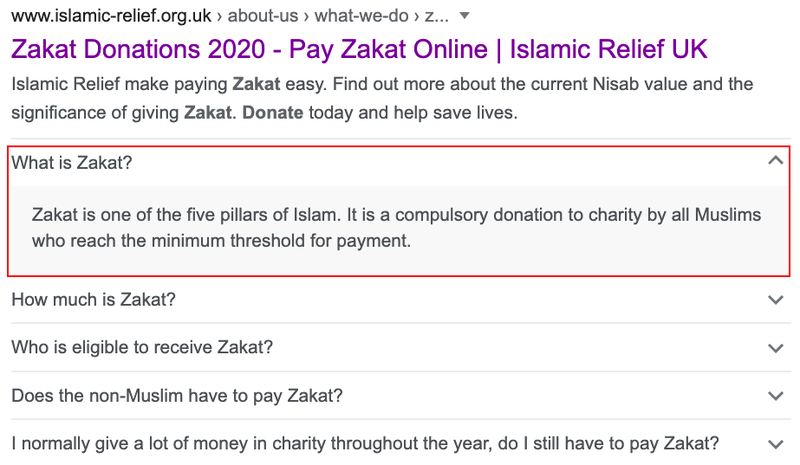 We then began implementing our strategy for pay-per-click (PPC) activity. Firstly, we analysed the years of historical keyword data contained in Islamic Relief UK’s Google Ads and Google Ad Grants accounts, identifying the top revenue-driving keywords to proactively target on both Google Ads and Microsoft (Bing) Ads. We identified a list of long-tail keywords that drove some donations but not enough to justify putting paid spend behind, either because of the low search volume, or the poor return-on-investment (ROI). Instead of ignoring these terms, we utilised Islamic Relief UK’s Google Ad Grants account to ensure we still maintained visibility without negatively impacting the ROI of our paid PPC activity.Torchbox takes home The Drum 2021 Chair Award! 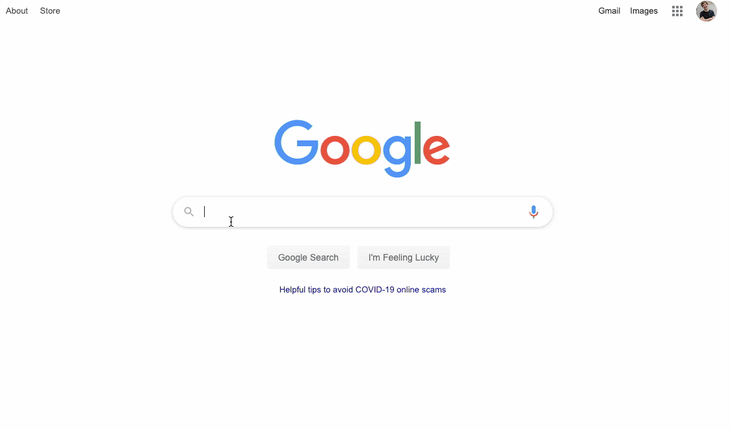 We also cross-referenced this list with our organic keyword research to ensure PPC was “plugging” obvious SEO gaps where our organic ranking for terms was poor.

We launched our paid activity several weeks before Ramadan, which gave us time to test different bid strategies in the account. We set up a series of experiments to test target CPA, maximise conversions, target ROAS and enhanced CPC (eCPC, manual bidding). Based on our tests, we launched the campaign with a mixture of maximise conversions and eCPC, but by the end of the activity, most campaigns were using eCPC as this gives the most control over individual keyword bids and their ROI.

For Display and YouTube, the activity was split into two phases: a pre-Ramadan and Ramadan phase. The aim of the pre-Ramadan phase was to drive awareness of Islamic Relief UK’s work

with a “Your Donations Is In Safe Hands” messaging. During the second phase of activity, we focused on generating donations through testing a series of donation asks and creatives. 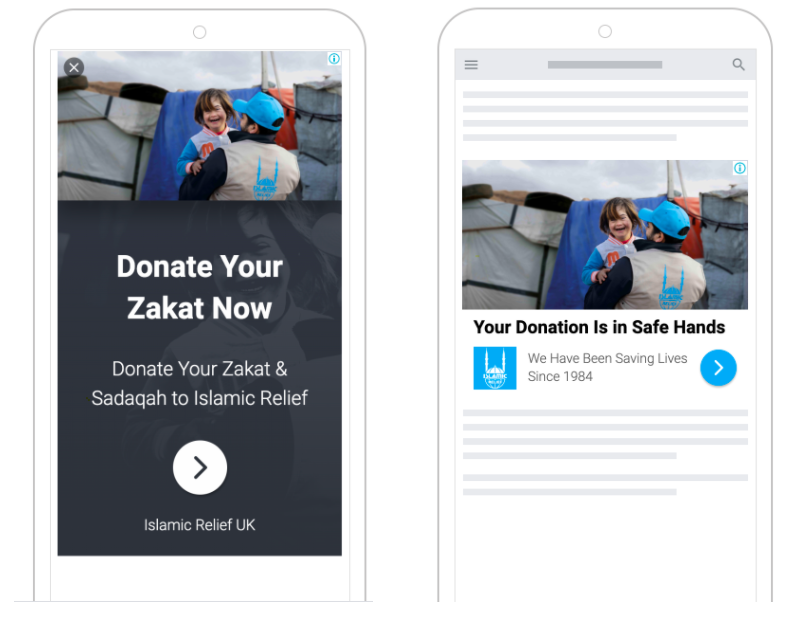 To ensure consistency across platforms, we mirrored the messaging on YouTube and Display. On Display, we used many of Google Ads in-built targeting features including custom intent (keyword targeting), custom affinity audiences, topic targeting and placement targeting. For YouTube, we targeted channel subscribers and remarketed to users who had watched a video during the pre-Ramadan phase. Islamic Relief UK also created a series of videos in Urdu and Arabic which we placed via language and location targeting.

Using historic data from previous Ramadan campaigns, we also implemented a series of location and device bid adjustments to maximise the efficiency of our YouTube and Display activity. We also made use of ad schedules to “up weight” budgets at key giving periods throughout the day. Finally, our data analysts built a bespoke Google Ads script that increased the daily budgets of our campaigns if budgets showed signs of being exhausted on a given day where demand was high. This meant our campaigns could automatically access additional budget to remain live during peak giving periods.

Our campaign delivered the following results.