For our second Women in STEM feature, I was delighted to have the opportunity to get to know Jess Ferguson, Head of Innovation and GIS at British Red Cross. Hear about Jess’ career path from events, to a blockchain start-up, to launching The Innovation Hub and beyond, as well as her learnings and advice for other ambitious and tech inquisitive women.

Take us back to where your career began?

I certainly haven't had the most linear career path and after graduating I realised that however fascinating art conservation is, I perhaps wasn’t cut out to spend my career in museum basements, listening to radio 4, with a cotton bud in my hand. I loved chatting to people, being part of large teams and problem solving which I had realised from my various part time jobs I had throughout university.

My first ‘proper job’ was as an Event’s Co-ordinator at Hampton Court Palace planning and running everything from music festivals to million pound weddings and the Olympic time trials. I then moved to HM Tower of London and onto The National Gallery to set up their commercial events business.

Following a few months break from the 9-5 travelling around Asia, I returned to London and somehow fell into the startup world, joining Everledger a Blockchain based start-up tackling opacity within supply chains. I joined as employee number two and saw the company grow quickly, having to throw myself at new ways of working and embracing product management. Working across multiple accelerator programmes and countries it was an invaluable experience, particularly learning the importance of an elevator pitch!

I joined British Red Cross almost four years ago, initially looking at incremental innovation across their current fundraising product portfolio. One of the first products I worked on was Miles for Refugee’s, which has gone on to scale incredibly over the past three years, proving the value of taking a human centered approach and continuous improvement.

I now lead the Innovation Hub, which focuses on new opportunities that generate income whilst meeting our social mission - social enterprises if you will. Working with an incredible, passionate team who are constantly testing and pushing the boundaries of the organisation. 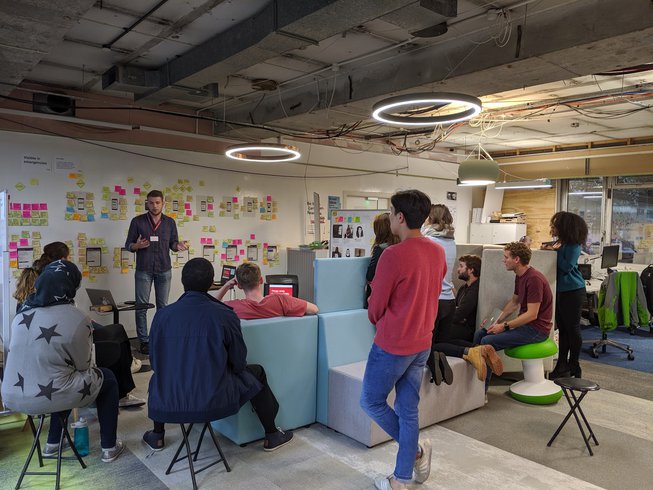 What or who has inspired you in your career?

I have been fortunate enough to work for many incredible leaders throughout my career and some pretty bad ones too. But I learned just as much from the poor ones as I did the great - knowing what not to do was equally as important. Most recently I had the privilege of working with Rosie Slater Carr (the former CIO of the British Red Cross), she was an incredibly compassionate and empowering leader, which is something I aspire to be!

There have also been some quotes that have got me through the tough times, when I have needed a gentle reminder or pick me up…

The secret of change is to focus all of your energy, not on fighting the old, but on building the new.

It is not the strongest of the species that survives but the most adaptable.

And this is one that has really resonated with me over the years, when approaching change, challenges or conflict: 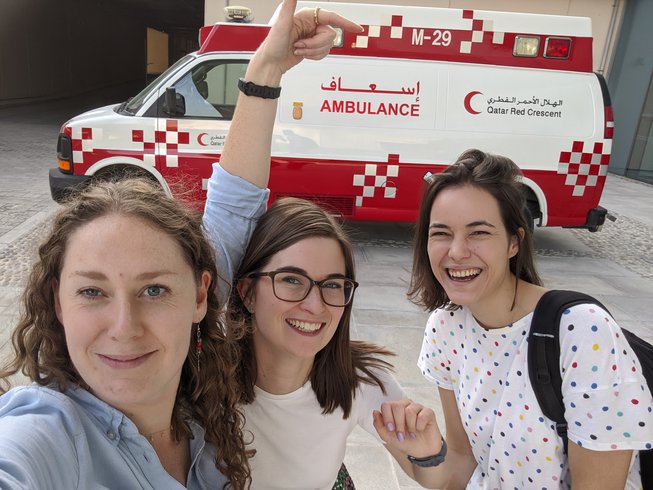 Alice, Laura and myself taking an obligatory picture with a Red Cross/Crescent ambulance at the IFRC Global Innovation Conference in Qatar.

What would you say to women looking to go into a career in STEM?

Go for it! Be forever curious, have coffee chats with random people, go to meet up’s on topics that interest you and find those amazing people you can bounce idea’s off. Oh and you can change your career path at any time, without having to ‘go backwards’ - I’ve done it about five times!

And it sounds cheesy but genuinely believe in yourself. I saw a meme last week that summed up conversations I have been having recently with women in the sector...

If Emily in Paris can get nominated for a Golden Globe then you can believe in yourself for 5 seconds!

Considering the conversations I have witnessed in male dominated senior leadership meetings. This meme is more than accurate.

What advice would you give to women who are feeling stifled or held back?

To change the system you have to be part of it. Apply for manager roles, director roles, CEO roles. Start your own company. Empower women around you and be the leader you would want to be led by.

Organisations aren't ‘fair’, people do not get jobs on merit, capability or because they were ‘the best’ candidate. Conscious and unconscious bias is everywhere. I mean Donald Trump just ran the US for 4 years, that tells us a lot....

Don’t play to or reinforce old power structures or hierarchy, challenge them (always easier said than done). Books such as The New Power and Radical Help have brilliant ways you can do this and if you're not a book worm the awesome Helen Bevan gives daily doses of ways to tackle organisational culture on Twitter.

Finally, what’s next for you?

Five years ago I could have told you my ten year career plan, but my approach has shifted significantly since then. I know my skill set is more of a catalyst for change than a slow, steady ship style of leadership. So when the time is right and we have got the best out of each other, I will move onto my next role or organisation (I realise that sounds really cheesy!).

With the pandemic I think most of us are taking every day as it comes and right now I am looking forward to a summer of gardening, friends and rock climbing. And finally meeting up with my team in a park to have some zoom-free time, many of which I have never met before in ‘real life’. And when the time and opportunity is right, I will look forward to my next challenge. 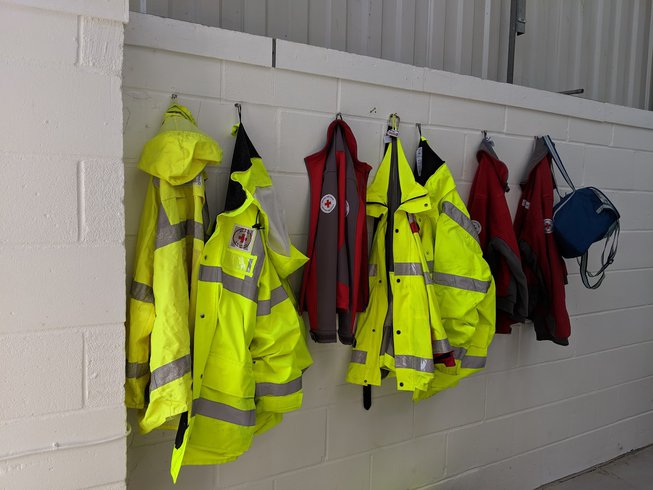 Volunteer uniforms hanging at one of our incredible Mobility Aid Hubs in Crawley, where we provide free wheelchairs and aids for those who need them.

Together, we can restore our earth

Stories of Women in STEM: Helen Warren, Director of Engineering