Our epic weekend celebrating at Torchfest

On Friday 15th July, Torchbox hit a landmark: we became financially free from our founders. This momentous occasion deserved a celebration in the only way we know - an entire weekend of festivities and feel-good vibes. 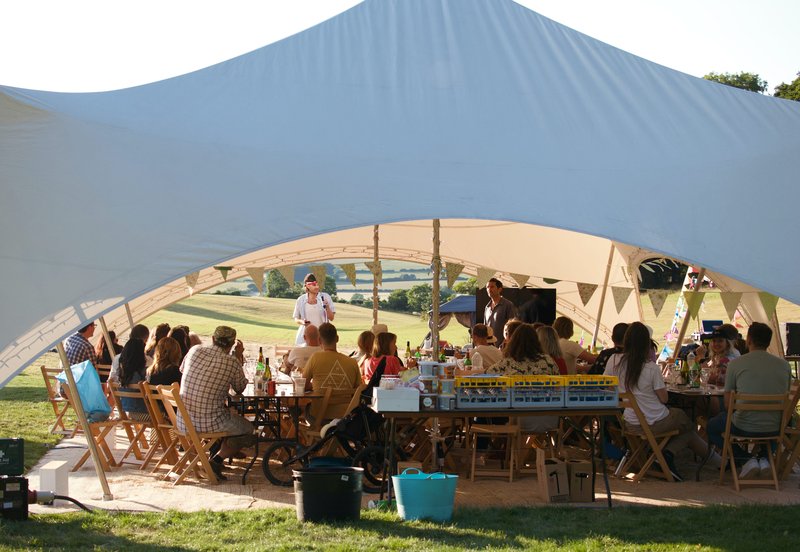 To kick things off, Torchboxers gathered from far and wide in rural Oxfordshire for a series of talks and workshops that would help strengthen the business and rewrite our company values.

As joint owners, we all have a say in who we are as a company, so throughout the day, we shared our heroes, discussed our concerns, and explained our motivators to help shape the future of Torchbox. There were no bad ideas, though a particular plan to create a Virtual Reality "escape from the museum" horror experience might have been pushing it a little...

An obvious highlight was an update from James on the various benefits we all receive, including additional annual leave, paid civic leave to work in the community, and a fantastic incentive to pay our bonuses directly into our pensions - which I'll be doing ASAP.

However, the day wasn't all about work. After all, it was a Friday spent in the remote countryside with friends, music, and plenty of ice-cold drinks. 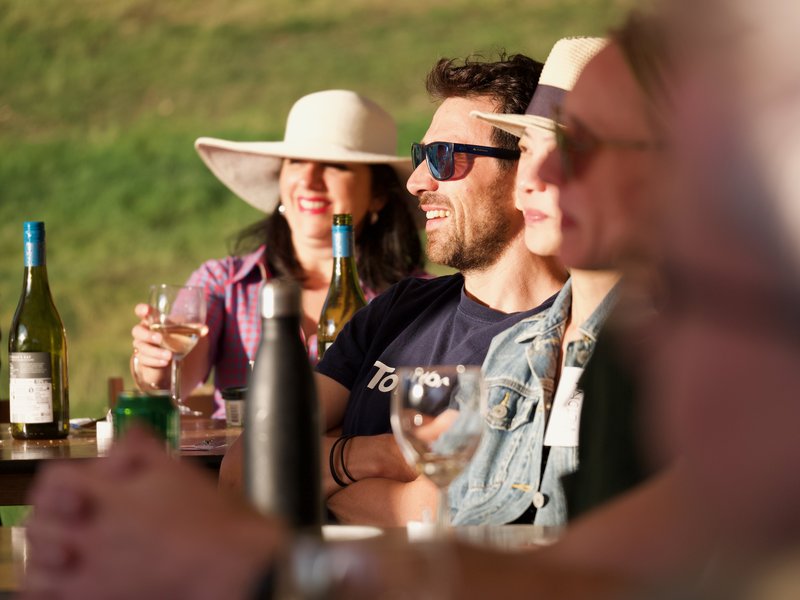 We played games that "can never go wrong" (that went wrong), ate and drank to our heart's content, and cried tears of laughter at two stand-up routines from Wes West (a former Torchboxer who joined us for the evening celebrations), and our SEO guru, Nick, who delivered their all-time favourite jokes, including "What do you call a chicken in a shell suit? An egg!"

Eventually, as the sun set, we lit the bonfire, erected our camping tents, and prepared ourselves for the following day. 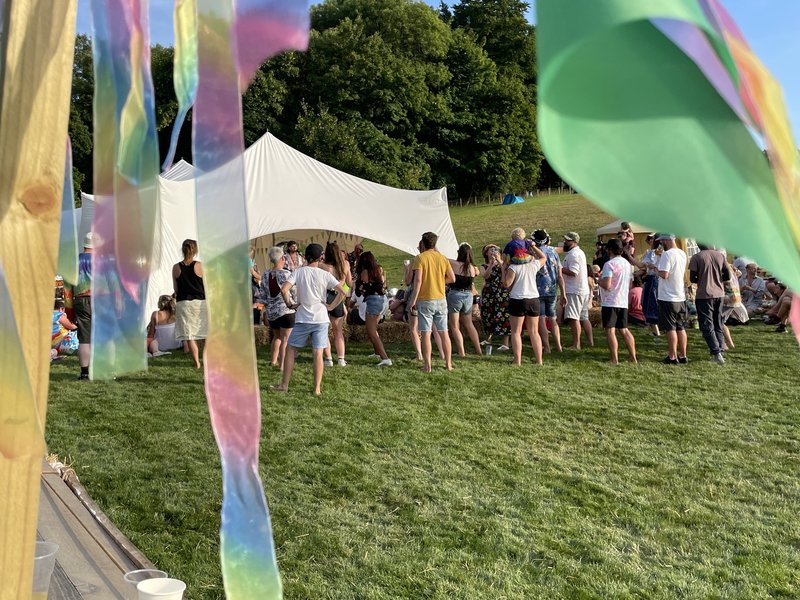 On Saturday, we hosted the second ever of "Torchfest" - our very own festival that gives most UK festivals a run for their money.

I joined Torchbox during the peak of Covid lockdown, so this would be my first Torchfest encounter - and, despite hearing a lot of hype, it did not disappoint. The day was perfect.

We were in for a good one.

Torchboxers, partners, friends and children all dressed to impress with outfits ranging from sequined ringmaster jackets and handmade goth dresses to the finest watermelon shirts - we had it all. I sported a questionable combination of Hawaiian shirt and bright yellow meggings shorts, though they didn't last long...

At around midday, "The Provibers" - a feel-good entertainment collective usually found at the best events worldwide - was getting started, and boy did they get going. 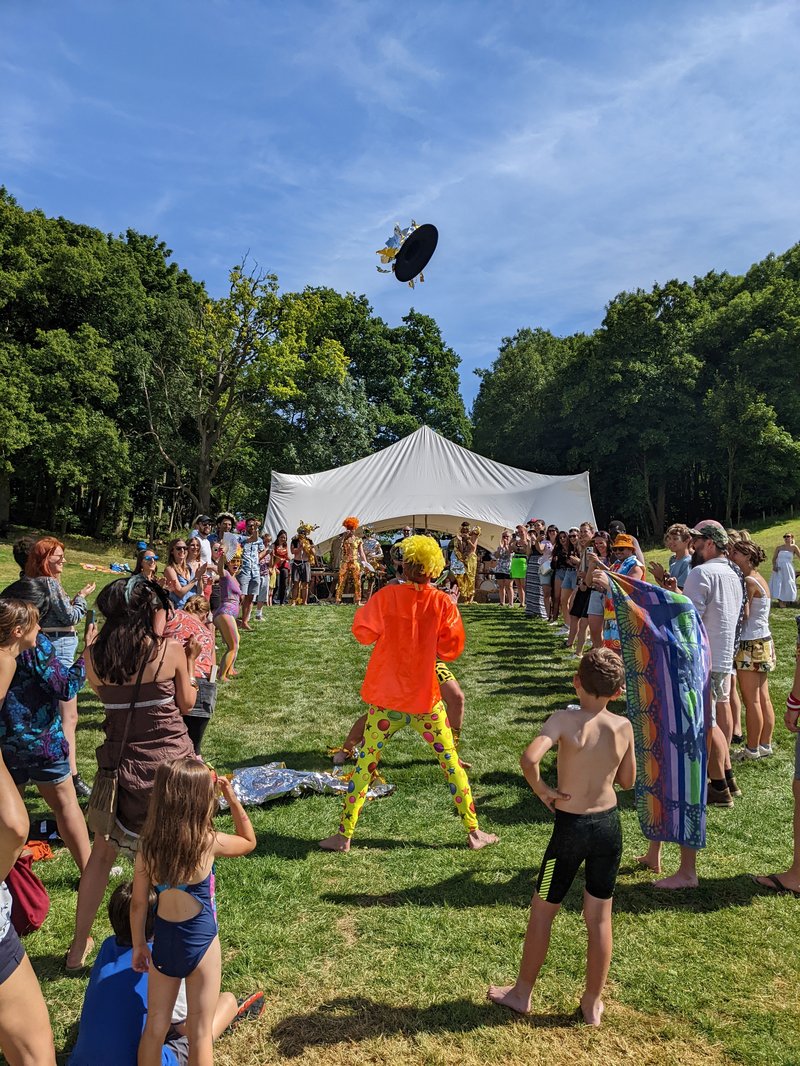 They had everyone up on their feet and competing in various games and challenges. From an 'egg and spooning' (yes, spooning) race, space hopper extravaganza, and a catwalk finale deserving of Paris Fashion Week (which I joined without hesitation).

The Provibers were so much fun and were my personal highlight of the weekend (even though I did get a little carried away while strutting my stuff on the catwalk and accidentally broke two of Helen's necklaces - sorry Helen!). 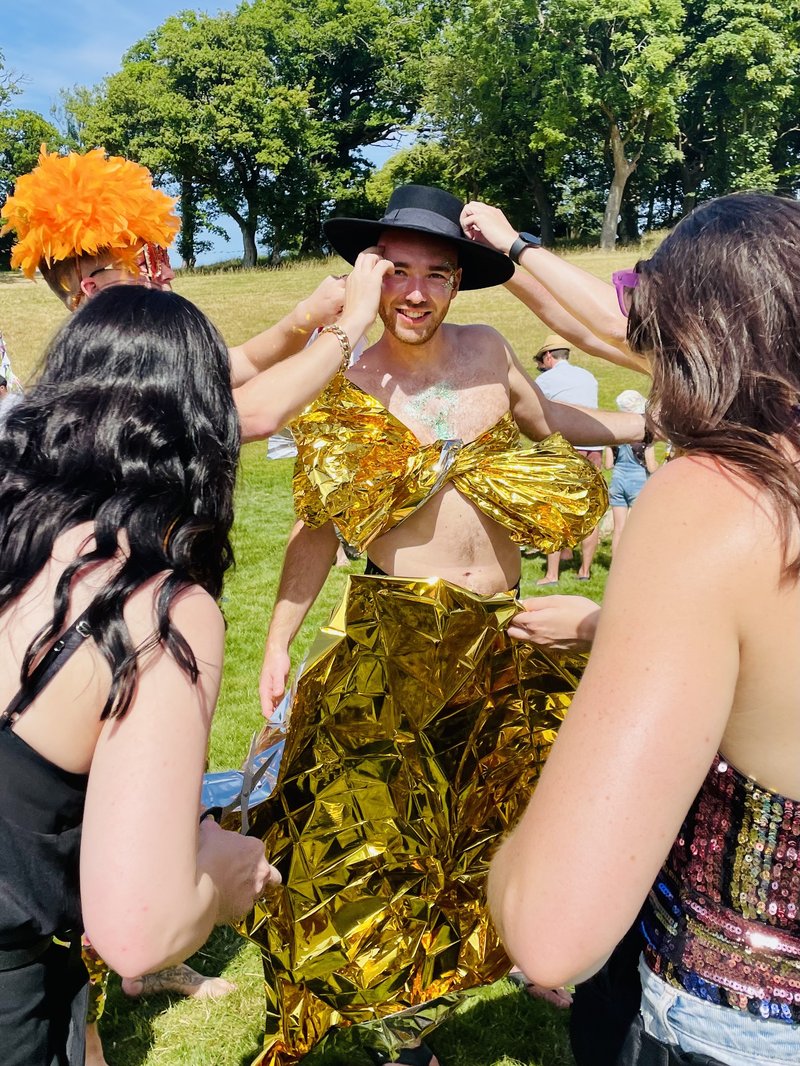 Next on the itinerary was "bandaoke" - think karaoke, but with incredibly talented musicians as your backing music (especially when 50% of them are the immensely gifted Dyson family). Now, while I may enjoy a catwalk, the thought of singing in front of anyone is a big no-no, so I gratefully took a seat on one of the many hay bales and cheered eccentrically to a perfect rendition of Mysterious Girl 🙌🏻.

Finally, after the youngest children had exhausted themselves on enough sugar to make Pablo Escobar seem reasonable, the quintessential nighttime vibe took over. After a quick costume change, the dancing began.

Kev - our resident DJ and pied piper who'd been banging out tunes for the past 24 hours - lured us to the dancefloor with some Justin Timberlake - Señorita, which worked perfectly - everyone was dancing. 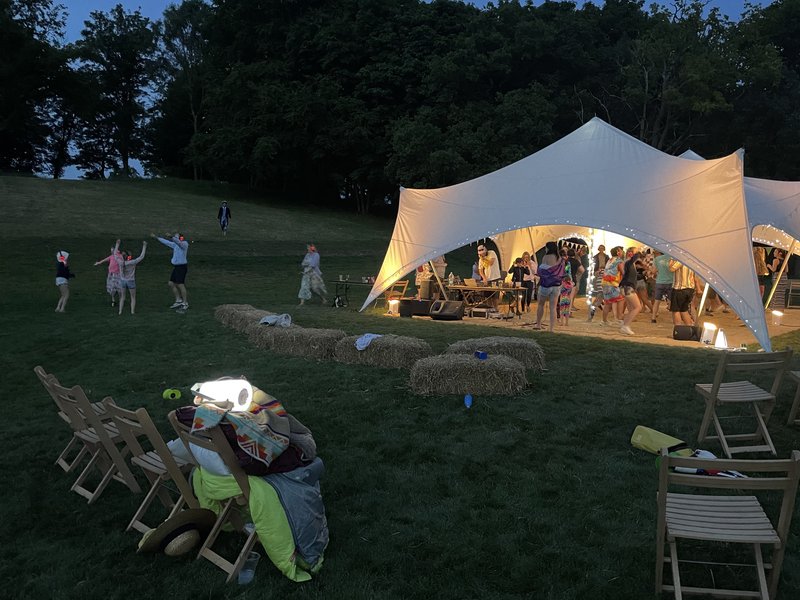 The following day saw some weary heads, though everyone was still in high spirits - we'd spent 48hours together celebrating our achievements as Torchbox, and we couldn't be happier.

One final gift was divvying up the remnants of food and drink for us to take home, which granted me a bottle of Aperol, two litres of Tesco gin, and a magnum of prosecco. Not bad, eh?

And that’s a wrap; I'm almost ready for the next one.

See you next year.

Getting involved with Zero Emissions Day