How will the removal of side ads affect google ad grants?

The layout of Google search results pages is changing. Over the past two weeks, Google has stopped showing ads in the right-hand column on desktop searches. There are now up to four ad slots above the search results and up to three below. How will this impact charities with Google Ad Grants?

My first reaction is that it’s good news. Ads above the search results receive a much higher clickthrough rate than ads to the right of or below the organic results. Google users have developed a blind spot on the right-hand side and rarely click those ads. Top ads look more like organic search results and stand out — especially if they have ad extensions such as sitelinks, callouts, structured snippets and a phone number. 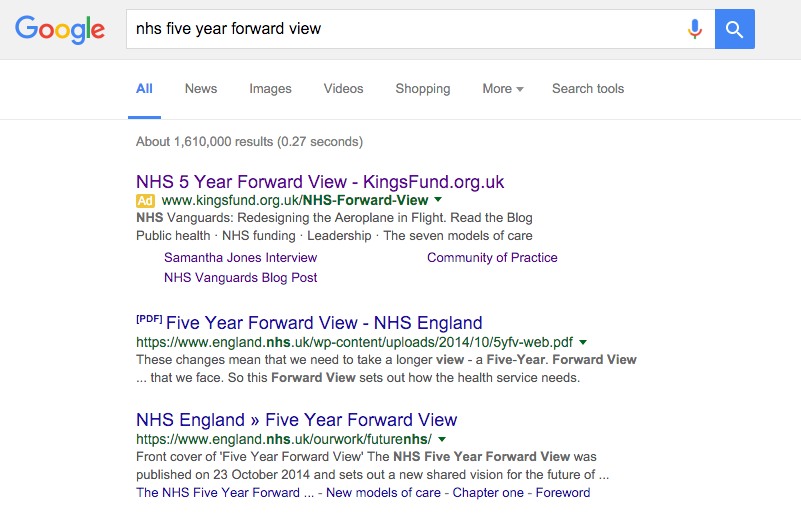 We examined data from 27 Google Ad Grants accounts dating back a number of years. We found that top ads have a clickthrough rate of 6.38% compared to 0.28% for ads in the other positions on the right and below the organic results. Top ads also generated 95% of the clicks in our large dataset of over 16 million clicks. We’re hardly going to notice losing the clicks from side ads with these layout changes by Google.

Most of our clients’ Google Ad Grants accounts have an average ad position between 1 and 3. This means the majority of their ads appear above the results. These accounts are well structured with tightly-themed ad groups, optimized ad copy and relevant landing pages. We use ad extensions whenever possible. We also try to end description line 1 of the ad with a punctuation mark. This makes the ads more likely to appear in the top positions and increases the chances that description line 1 will be promoted next to the headline to take up more horizontal space. 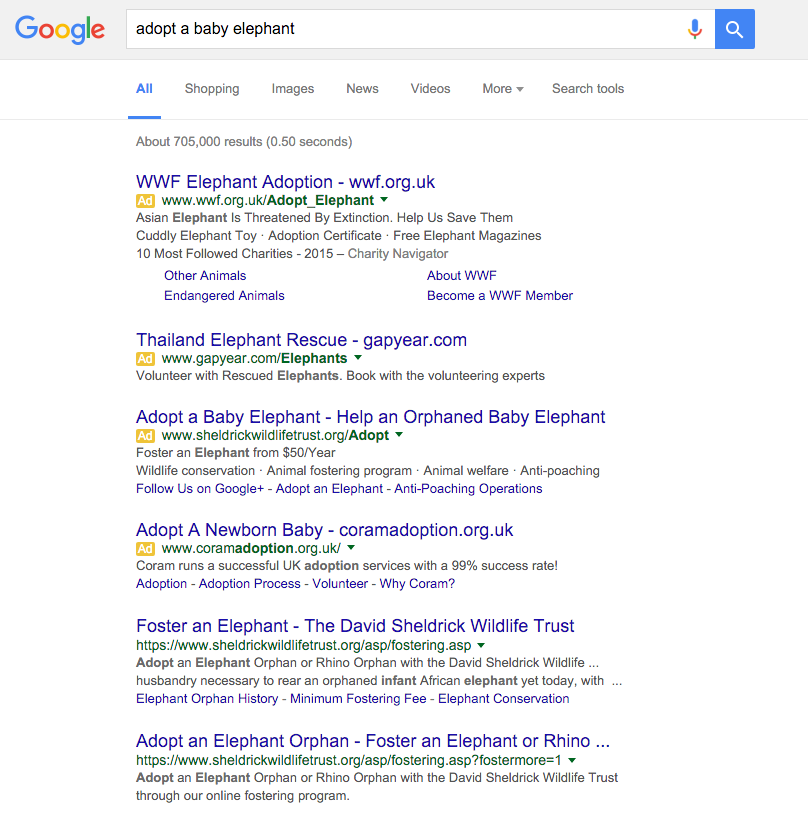 Note how the Google Ad Grants ad for the David Sheldrick Wildlife Trust has an extended headline with description line 1 promoted to the headline. This takes up more horizontal space and helps the ad to stand out. It also signals to Google that the ad is optimized and can be shown in the top positions.

If you’ve taken good care of your Google Ad Grants account and followed Google’s best practice guidelines for AdWords, you shouldn’t have too much to worry about.

But if your average ad position is 4 or worse, or you’re in a particularly competitive keyword territory, then you’ve got some work to do to get your account into shape!

What changes can you expect to see?

I expect to see higher clickthrough rates as fewer impressions are wasted on side ads. I also anticipate fewer impressions because there are fewer ad spots available for each search query. Before the change, the maximum was 11 ads (3 top + 8 side). Now there’s a maximum of 7 (4 top + 3 bottom).

This might mean that for more competitive search queries your ads won’t show as often as they did before. But when your ads do show, and they appear above the results, you’re more likely to get clicks.

"With the new layout changes, you can expect to get more clicks, higher CTRs and lower CPCs in your Google Ad Grants account."

What does the early data show?

These predictions are confirmed by the data we’re seeing in our accounts since Google started rolling out the layout changes on 18 February 2016. We’re getting 11% more clicks in our Google Ad Grants accounts. Impressions are down by 6% and clickthrough rate has improved from 3.80% to 4.48% (that’s an 18% bump). Average cost per click is down 4% and average position is 19% higher. All of these are positive outcomes. The loss of impressions doesn’t matter if you’re getting more clicks and a higher clickthrough rate. 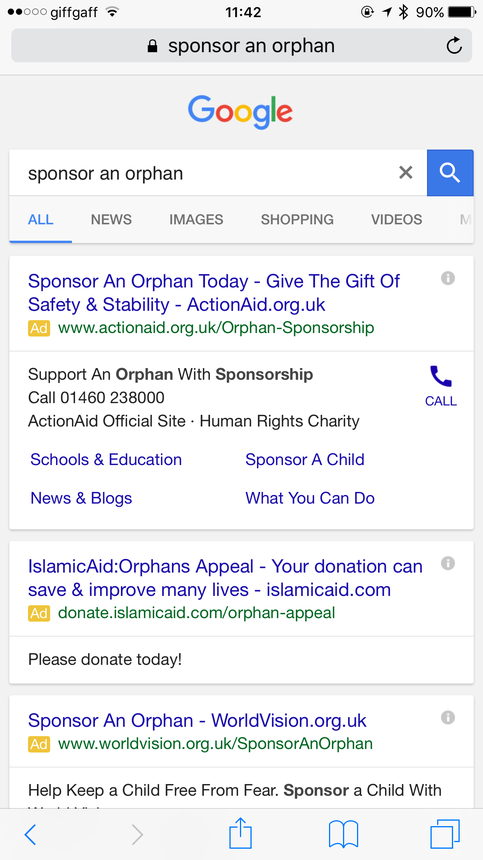 The single-column layout of Google mobile searches is coming to desktop.

Why is Google changing the desktop layout?

Removing the side ads is consistent with Google’s emphasis on improving the user experience. If users aren’t clicking on side ads, this suggests they’re not working. Why waste the real estate? Google isn’t earning revenue from side ads. Users aren’t finding useful results. Advertisers aren’t getting quality clicks. It makes sense to scrap them.

It also brings the desktop experience closer to the single-column layout of mobile searches, where top and bottom ads are the norm.

It’s too soon to know if these trends will hold, but I’m confident that if you have a well-maintained Google Ad Grants account, you don’t have much to worry about with the new desktop layout for Google searches. In fact, you should start to see better results: more quality clicks at a lower cost. What’s not to like?

Have you noticed any impact on your Google Ad Grants account yet? If so, let me know @domeheid on Twitter.