Stories of Women in STEM: Helen Warren, Director of Engineering

Gender diversity in the workplace is something that many organisations are working towards. For the tech industry in particular, there is still a way to go. In this series we will be profiling women in STEM roles to find out more about their journey and how they got to where they are now.

For our first feature we are delighted to introduce you to Helen, our Director of Engineering at Torchbox and former astrophysicist! 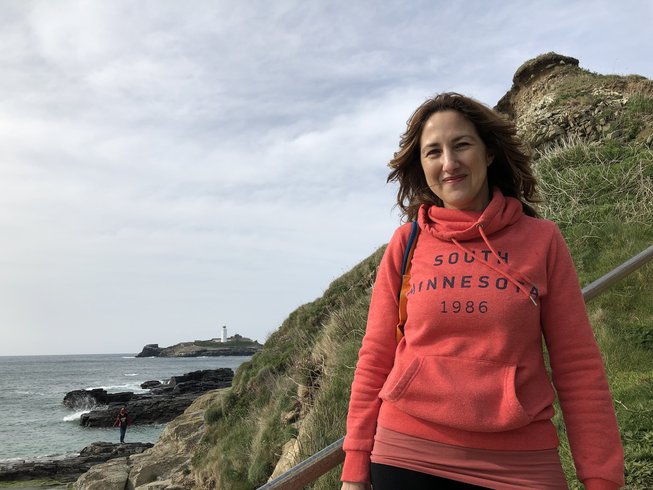 Happiest by the coast

Take us back to where it all began

It began in 2000 when I was a postdoc in Oxford University's Astrophysics department, working in Theoretical and Observational Cosmology. My sister’s then boyfriend Tom was setting up a company with his business partner Olly. He managed to somehow persuade me that a new internet start up business was more secure than a career in academia. I was already spending most of my time writing code (in Fortan 77!) but it was for the purpose of running simulations of the evolution of structure in the Universe rather than for producing web applications.

I bet there weren’t many women in tech then?

No there weren’t. But coming from a background in academic Physics I was pretty gender blind and had never accepted or experienced gender discrimination. My philosophy is that if you expect the best of people they respond with their best.

How has the industry changed?

It’s exploded. Things move far faster these days which means you have to be even more careful not to jump to adopt every new shiny technology or process just because it’s novel. I like to think that having been in the industry for over 20 years I can be measured about where we should be dedicating our efforts.

Have you found challenges with growing the team?

Definitely. It doesn’t help that my standards are very high when recruiting. To be a great developer you need a combination of logical thought processes and the ability to communicate really well.

I’ve noticed there seem to be more women developers in the US, have you found it difficult to recruit women to the team?

Sadly we have relatively few women applicants. We’d love to see more women applying and we are always looking for ways to promote women in technology - for example by sponsoring the Django Girls organisation.

What do you think can be done to support more women in Tech?

I don’t think there are specific barriers to women in tech. It is mainly about self belief. So, encouragement from school age that subjects are not gender specific and, once women are interested in STEM subjects, then mentoring and support from other women.

Are there any particular challenges that you’ve had to overcome?

Lack of confidence. Generally I assume that I am unable to do something, rather than being instantly positive that I can. I tend to overcompensate for this by putting in more effort than I need to, to prove that I can do it.

What exciting projects are you working on at the moment?

We recently launched an application to allow volunteers at football sites to measure the quality of grass football pitches and submit inspections for advice on how to improve the quality of their pitches. Better quality pitches mean fewer games cancelled and more sport played. It was commissioned jointly by the FA, the GMA and the Football Foundation as part of the ongoing effort to improve grass roots football facilities. Both my children have played football now for over 10 years so it’s an area of great interest for me as they have gained so much from the experience. Sport is so important to children (and adults) for mental and physical health and for social interaction so improving and building accessible football facilities is something I’m pleased to be contributing to.

Has there been a piece of tech that’s blown your mind!?

The most exciting piece of equipment that I’ve used was an optical telescope - not the largest type as they have operators but the smaller ones that you control yourself. I loved being in the Australian outback, on my own and in charge of this incredible piece of equipment worth millions of pounds!

If you could do one thing differently what would it be?

My home office would be somewhere within a few miles of the Cornish coast.

What do you enjoy doing to clear away the cobwebs?

A decent HIIT session or a half hour with my punchbag in the garage.

Keep an eye out for our next Women in STEM feature.