For this month’s women in STEM feature, I had the opportunity to chat to Helen Chapman, a senior front-end developer and team lead at Torchbox. Helen shares her journey and influences that have got her to where she is today and some valuable advice for women thinking about a career in web development.

Take us back to the early days, did you always know you wanted to be a developer?

No! I didn't have a computer at home growing up in the 80s and 90s and most of the time at school rather turned my nose up at computing as I thought it was for nerds. I first started learning a bit about coding when some geeky friends taught me the basics of HTML - and I made a website about vintage children's TV shows, which featured frames and many poor quality graphics. 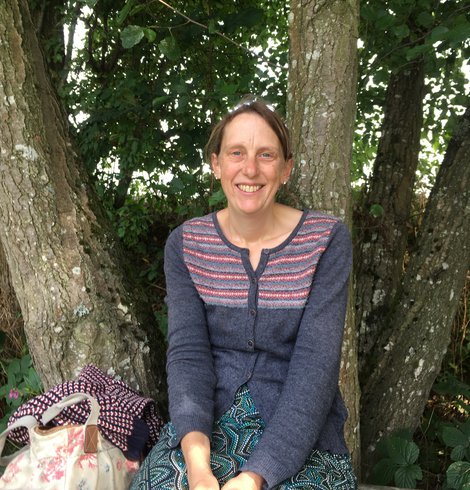 Helen where she's happiest, amongst nature

Where and what did you study?

I studied English Literature at Oxford University - but despite my choice of an arts degree I never fitted neatly into a science or arts box. I had very little idea what I wanted to do after my degree, and during a slightly panicked afternoon at the university career service in my final year, I pulled out a leaflet about cartography. The idea of a career doing work that was detail-orientated but also involved a design element appealed to me - so I got myself signed up for a one-year post graduate course in cartography at Oxford Brookes.

I loved the course, but my first job didn't live up to my expectations - the role I was in seemed to be largely computer-aided colouring in! We were in the first web boom of the late nineties, and I decided to jump ships to web development - it wasn’t such a big leap really as both roles focused on UX and good design. I bought a beginner's introduction to HTML, and applied for jobs…

When did you start at Torchbox and what was your first role?

I joined Torchbox way back in 2004 when Internet Explorer 4 was still a thing, and we were learning not to use tables for web page layout. My role was as a ‘web producer’ which meant a mixture of project management and web development. I was a one-woman band for support requests from the clients I looked after, as well as managing and developing new sites. As we were a much smaller company then, everyone really did a bit of everything. When I came back after having my children the company was growing and we were moving to more specialised roles, and I chose to go into full time front-end development at that point. Over the years I’ve also picked up line management duties and eventually the role of front-end team leader. I’ve been here a long time, but the constantly changing work and new technologies to learn has meant I’ve never been in danger of being bored.

Believe in yourself even if the challenges seem daunting.

How have you found working in a male dominant role?

From a personal perspective I have never minded it too much - I have always got on well with my male colleagues and appreciate geeky humour. What I have found much harder to overcome is my own lack of self-belief - and perhaps if I had had more female role models or mentors in my career that would have been easier. I now have a female line manager who is a developer too - Helen Warren, and that has really helped.

I'm pleased that we have a good gender balance at Torchbox, but I would love it if we had more female developers - it's still a hugely male-dominated job choice. For a few years I helped to run a Code Club at our local primary school and one of my main aims was to show the children that coding and computing wasn't just for boys. I also wanted to overcome another preconception - you don't need a particular type of brain to code - anyone can learn if they want to.

What advice would you give to women looking for a career in tech?

For women wanting to get into web development - my advice is to dive in and give coding a try if you've never done it before. There are so many great resources online these days that it's not hard to find an online course or a step by step guide. Think of a project that you'd like to try and go for it. Start by keeping it really simple and build up the complexity as you go. Don't be deterred if it doesn't work - as coders we only really learn from the bugs we encounter. And on a more general level, never assume that because many coders are men, that it is something you can't do. A degree in computer science is always going to be a good first step to a career in web development, but definitely isn't essential (as I've proven). Seek out other women who work in the same field and ask their advice and learn from them. Most of all, believe in yourself even if the challenges seem daunting.

You don't need a particular type of brain to code - anyone can learn if they want to.

What do you enjoy doing in your down time?

I'm lucky enough to live in Charlbury in the beautiful Cotswolds, and getting out for a walk or a run in the countryside is always a big pleasure for me - the children are into walking too which is great. This ties in with my love of the natural world and my wish to protect it - I've joined the EOT climate voice group at Torchbox which is just a small way to try to make a difference by influencing the decisions we make as a company and encouraging other staff members to make environmentally friendly choices.