This year’s Chartered Institute of Fundraising (CIOF) 2022 convention has just wrapped. The event was held at the Barbican in London and contained an absolutely mammoth agenda of the smartest minds in the nonprofit sector. We spent three days taking it all in: these were our highlights. 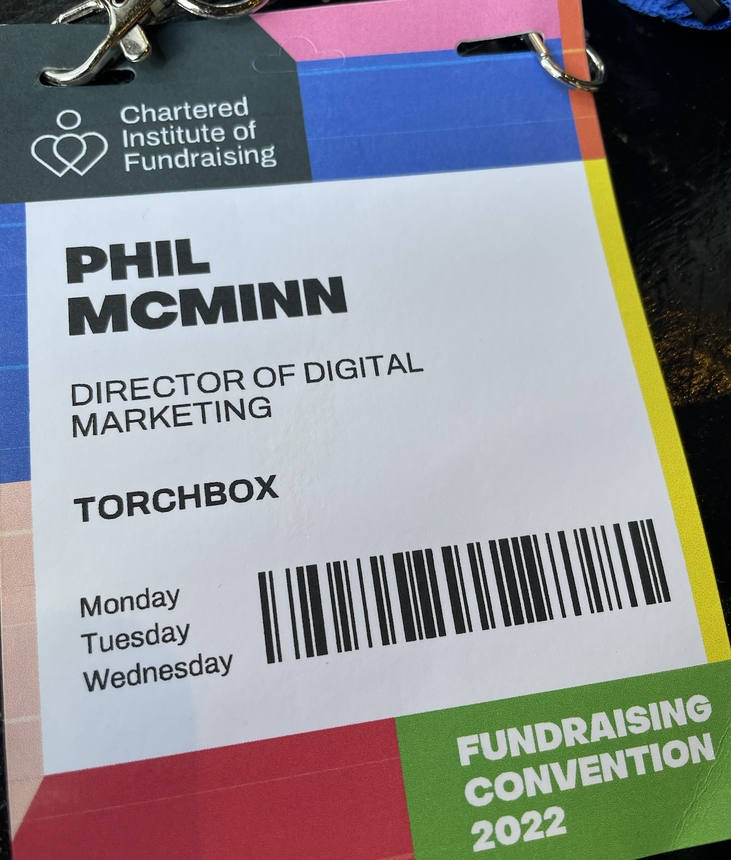 Jayne George, Director of Fundraising, Marketing and Media at the RNLI, kicked day one off with an overview of the importance and challenges of Legacy Giving. Her speech managed to distil the brilliance of the RNLI into 30 minutes: at once a super charity, at the same time one deeply rooted in local support. Jayne’s presentation included the story of an older man coming back into the Port of Oban in a small boat as a storm broke; as he did so, he watched in awe as the local RNLI lifeboat powered out to sea (e.g heading in the wrong direction if there’s a storm about to hit). The next day, he visited the local RNLI station to find the lifeboat cleaned and ready for its next sail, triggering him to leave a gift in his will to the RNLI. It served as a reminder that every charity needs stories to motivate supporters, and in the Legacy space (a fundraising stream that got a lot of airtime across the three-day convention), that’s more important than ever.

The first day’s standout afternoon session was titled “Fundraising for Ramadan”, with speakers including Adil Husseini, Co-Founder of Friday Promotions (and a friend of Torchbox) and Rizwan Yusoof, Director of Services at National Zakat Foundation (who dialled in remotely due to Covid). The talk centred largely around the ethics of secular charities competing for Zakat during Ramadan (obligatory giving for all Muslims who meet a certain level of wealth to help those in need), with varying degrees of unease from the panel about non-religious charities doing so. This is an area of huge relevance for our work at Torchbox, with Islamic Relief UK and Muslim Hands as two of our clients.

Things really moved up a gear on day 2. The standout talk of the conference came from Jeff Boachie, Digital Acquisition Manager at Shelter. Entitled “Digital Marketing and the Butterfly Effect”, Jeff spoke to a packed Auditorium 2 about his omnichannel approach to marketing Shelter’s Winter 2021 campaign. Jeff provided wide-ranging insights into everything from how his campaign challenged preconceived ideas about the right creative imagery through to data-driven attribution and the importance of focusing on all sections of a digital marketing campaign, not just the “last click” conversion moment. This was an expert talk delivered by someone who knew what he was doing; Jeff could have spoken for an hour longer and the crowd would have stayed.

Next up, “The State of the Sector” talk from Jon Kelly, MD at Wood for Trees. Jon’s data was hugely helpful in summarising the relative trends across the nonprofit sector, crucially including data from the first 5 months of 2022 to contextualise how giving has been impacted by world events. The take home: 2020 and 2021 were massive years for giving, but things are on the turn, and there were some stark predictions for everything from individual giving to digital supporter recruitment. Despite being halfway through the year, I left feeling that 2022 is just getting started, and the coming months won’t be an easy ride for the charity sector. 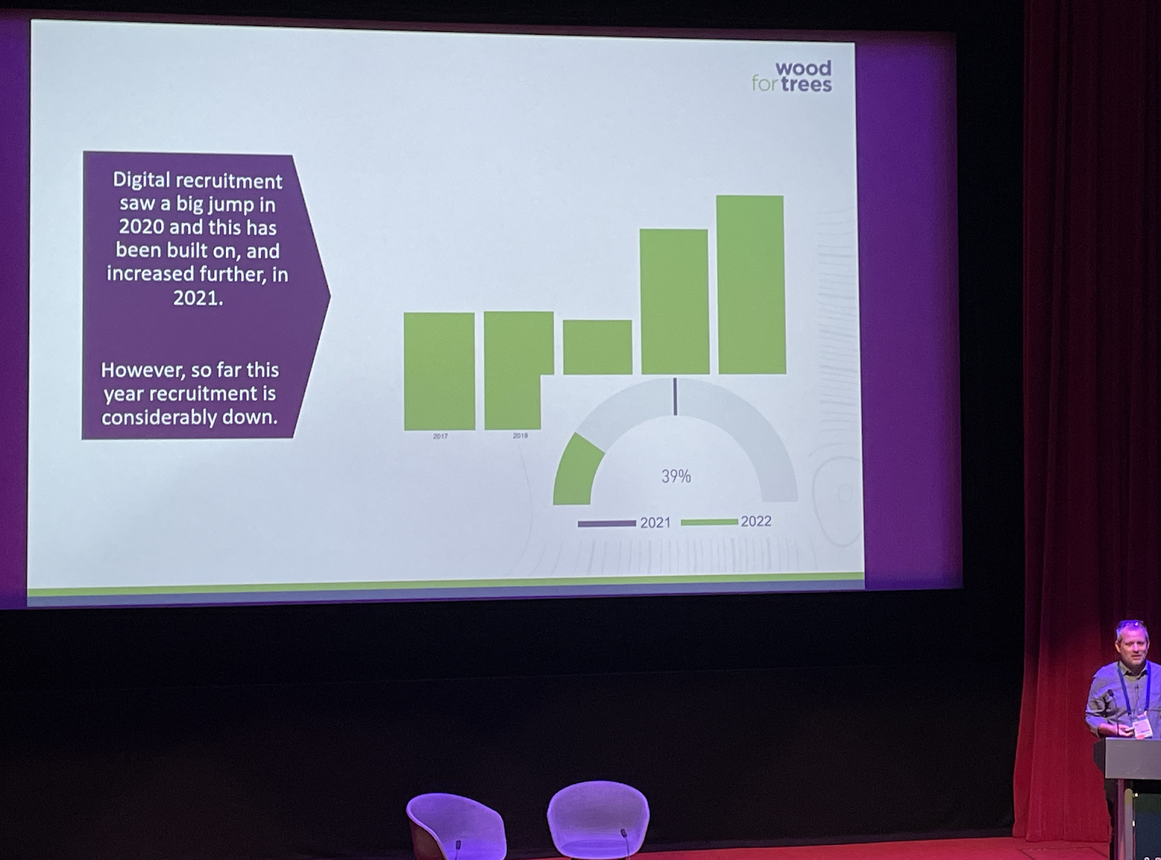 Jon Kelly, MD at Wood for Trees giving his “The State of the Sector” talk

Day two closed out with “The Art of Listening”, a fantastic session led by Sharon Mui, Supporter Insight Manager at the British Red Cross. Against the backdrop of the main stage, Sharon outlined BRC’s sustained focus on listening to its supporters: over 30,000 pieces of feedback collected in the last year alone from surveys, emails, direct mail and follow-up digital asks. The insights gained around donor motivation, supporter response to campaigns and simple yet powerful questions about how their supporters were emotionally responding to world events, were deeply impressive, and there was a tangible sense in the room that we were watching a “gold standard” approach to how to respect the supporter relationship.

On the final day of the conference, our highlight was “The Lessons I’ve Learned Writing and Implementing Strategies”, featuring Liz Tait, Director of Fundraising at Great Ormond Street Hospital Charity. With over a decade of experience at charities including the Teenage Cancer Trust and Battersea Dogs & Cats Home, Liz and her co-panellists provided the audience with a masterclass on the process of developing strategies: from using tools like the Boston Matrix Model through to how long to spend writing a strategy and where to begin. The panel were quite literally bombarded with audience questions, highlighting a major knowledge gap in the sector around strategy.

This year’s convention had just about everything fundraisers could possibly need to set themselves up for the next 12 months; the scope of the programme tracks covered everything from the future of public fundraising, personal development, support insight and much more. Overall, it provided an unbeatable temperature check on the state of fundraising at the midpoint of 2022.