The card's the star

Since we launched the new Royal College of Art website in 2014 (giving birth to Wagtail in the process!) we’ve had the opportunity to collaborate with the RCA on many new features. We were especially excited when they asked us to develop a new website for RCA Secret 2015.

Now in its 21st year, RCA Secret is a fantastic event - with a cult following - in which both internationally acclaimed artists and RCA students (past and present) create original, postcard-sized works of art.

These are all put on exhibition for a week, before being put on sale - for one day only - at £55 each (there's a limit of four postcards per person!). The ‘secret' is that although the list of artists is published, their postcards are not identified, so in the week before the sale there’s a serious guessing game to be played.

For collectors with a keen eye there’s a chance to pick up a Paula Rego (or three) for £55 apiece. Equally, you might end up with a Nick Park doodle by accident, or a sketch by no-one particularly well known, simply because you like it. Anything goes. 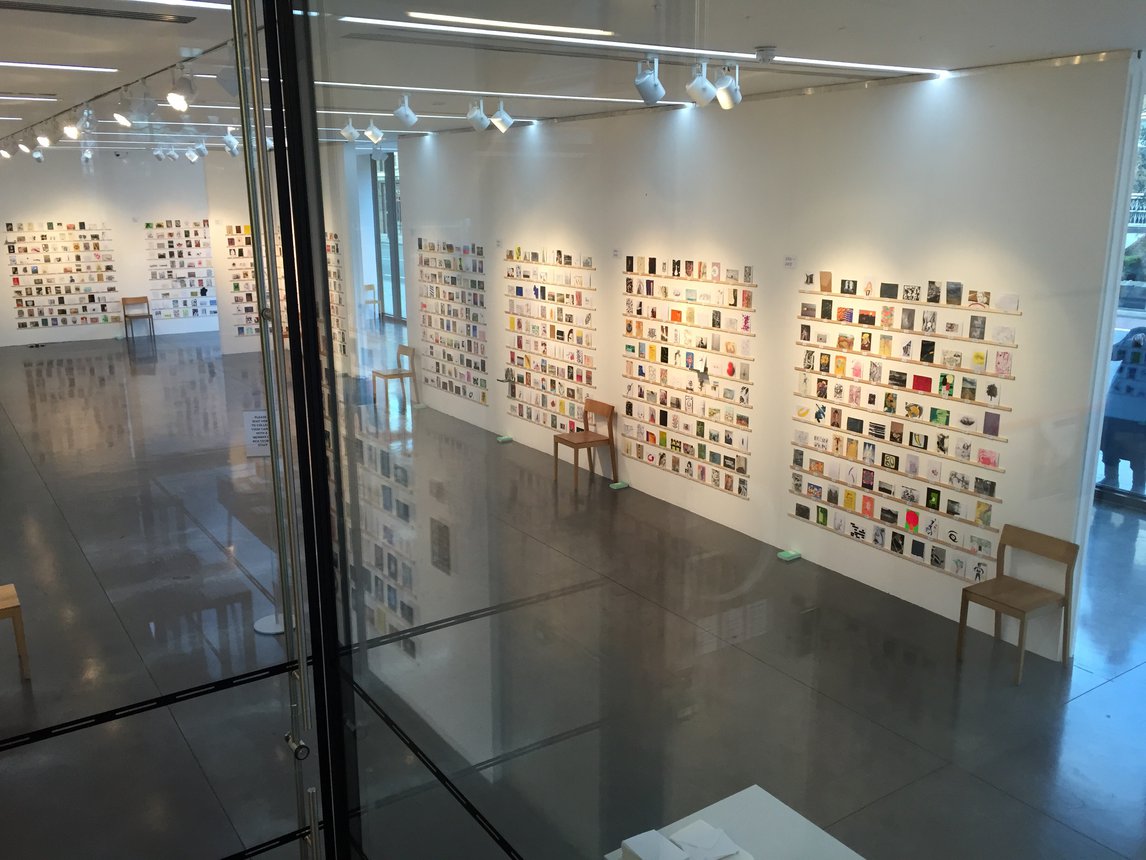 As it turned out there was quite a bit for us to do beyond designing and creating a new site for the exhibition. For one thing, this year there were not one but two RCA Secret events — one for London and one in Dubai, each required to run from the same system but as separate events with their own sets of postcards and artists.

As well as maximising the visual appeal and distinctiveness of the exhibition, we also needed to provide a home for a hefty archive of postcards from previous years, and build a brand new system to manage buyers and invoicing - which needed to reliably power the sales system in both cities (at the same time, on the same day).

Most importantly of all, we needed to ensure that the whole event could be run without any danger of the identities of the postcards' creators getting into the wild, by allowing a highly stage-managed release of first the postcards, then the artist list, and then the all-important 'reveal’ (which happens the evening after the sale has finished). 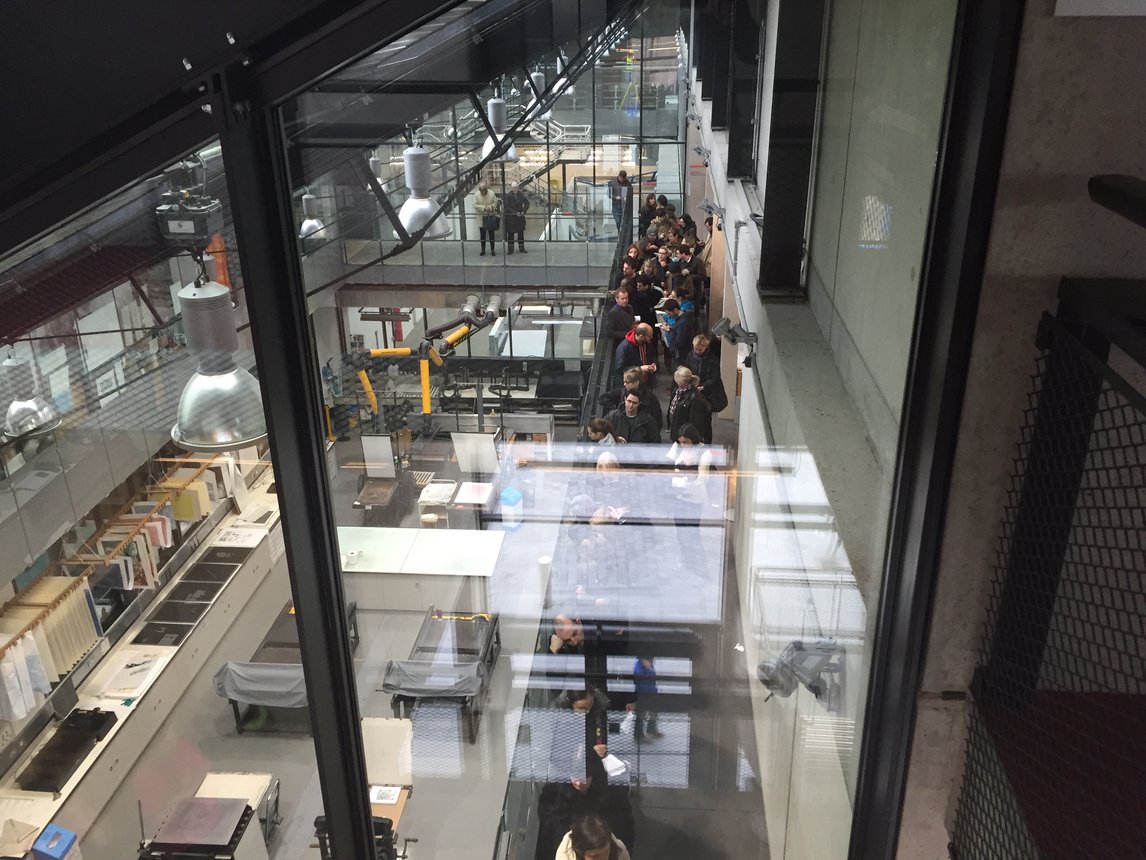 The queue into the RCA Secret Show

Above all, an event like RCA Secret is one where technology has a key role to play in projecting the right image and making sure things run smoothly. At the same time, that technology should be inconspicuous and not call attention to itself.

The postcards and the unique character of the event and its participants are the stars of the show, and front-of-house, that's how we approached the project. At the same time, behind the scenes we aimed to provide an equally inconspicuous digital workflow for managing the event that would 'just work' - helping the RCA run things in much the same way as they have for the past 20 years.

For the website itself, we introduced a single page design with lots of optimisations to make browsing the postcard images quick and fun (including integrating Rich Barrett-Small’s cool Colour Lens code for colour based navigation).

Naturally enough we built everything using Wagtail, creating separate sites each for London and Dubai, together with an integrated sales admin system which works in tandem with the user registration mechanism on the websites.

We also integrated ‘bingo screens’ which showed which postcards were still available as the sale progressed. These were displayed on big screen TVs on the day for people queuing up to buy their cards and provoked many a howl of disappointment as people reached the end of the queue only to discover their favourite cards had been nobbled. 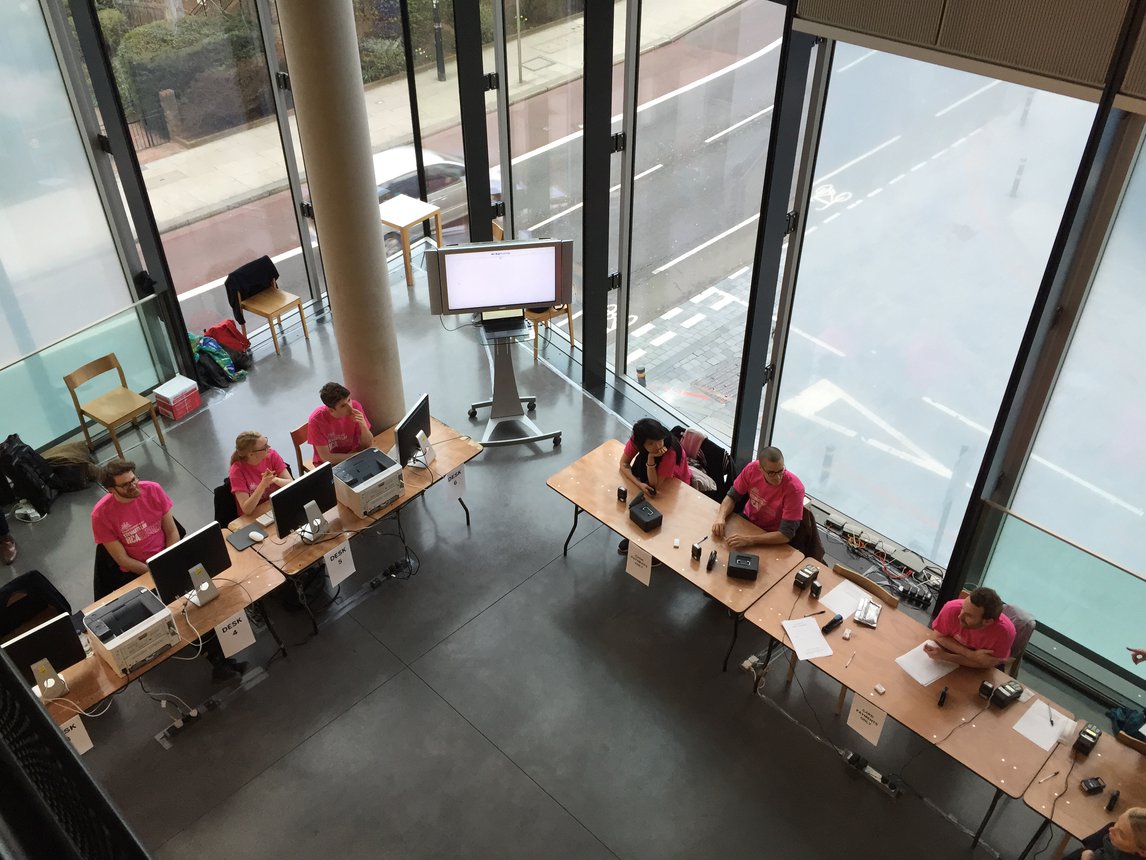 On the day itself, lead developer on the project Karl and I got to enjoy an adrenaline-filled few hours as we watched the action unfold and waited to see how well the website and sales system would cope under pressure.

As in previous years, some punters had been queuing since the wee small hours to ensure a place at the head of the queue, so this was definitely not a crowd of people we wanted to disappoint!

Fortunately, our homework and testing paid off; the sale went well, and we came away with some useful learnings based on what we observed on the day which will help us make the technology work even harder next time round - and hopefully keep an even lower profile.